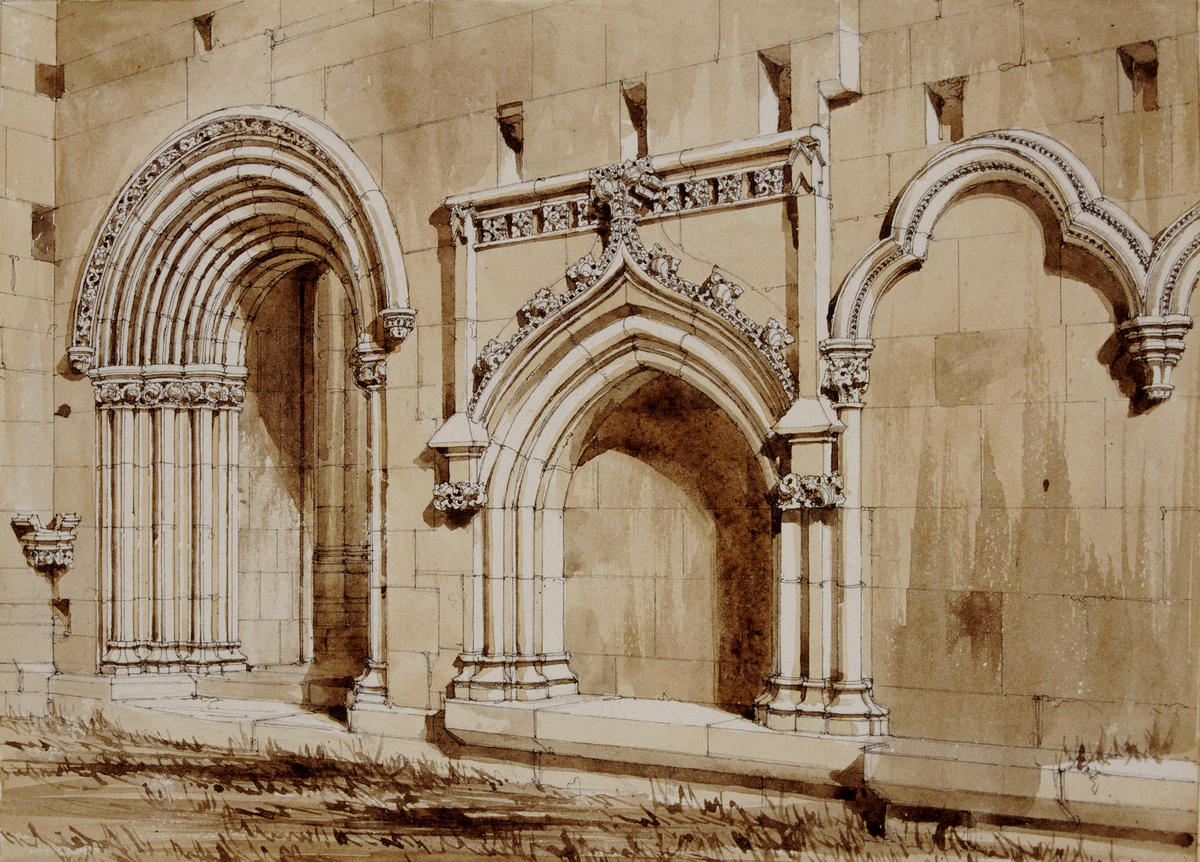 In 1844 Robert Billings (1813-1874), a highly accomplished architect and draftsman, began compiling an ambitious illustrated publication entitled The Baronial and Ecclesiastical Antiquities of Scotland. His original drawings and watercolours were engraved by G.B. Smith and published in sixty parts by William Blackwood and Sons, Edinburgh. This ink drawing of the south east corner of the cloister at Melrose Abbey was one of the surviving originals from this influential work.