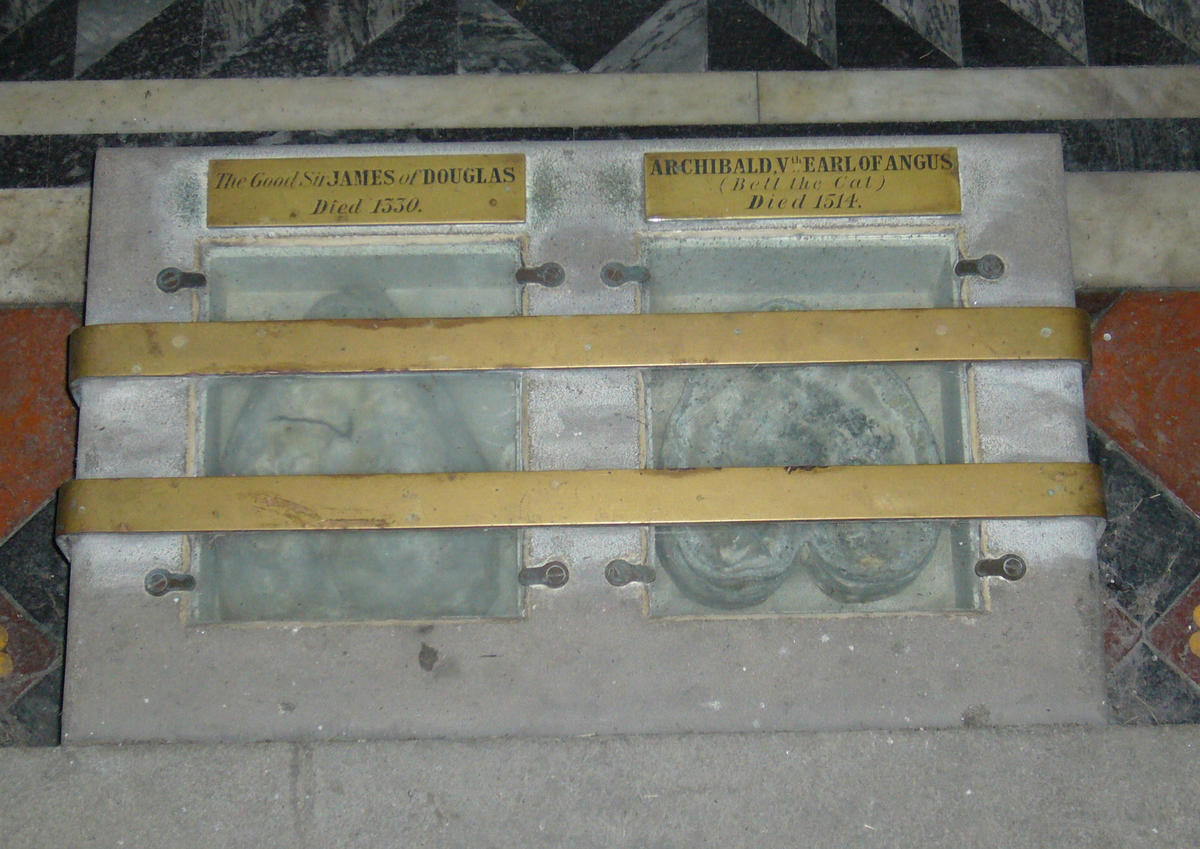 Case of stone and glass which holds two heart shaped lead caskets. The two caskets were originally kept in the vaults at the east end of the church and were placed in the case of glass and stone before being laid in the present position at the time of the restoration work. One of these contains the heart of Archibald Douglas, 5th Earl of Angus (known as "Bell the Cat") who died at Whithorn where he was burried in 1513. The other is said to contain the heart of the Good Sir James Douglas, killed in 1330 in Spain, though some Historians (including Sir Herbert Maxwell) cast doubt on this. Another possibility is that it is the heart of Archibald, 8th Earl of Angus who died in 1588. However, a tradition claims it is the heart of the local warrior hero, the Good Sir James. On display at St Brides Douglas, South Lanarkshire.