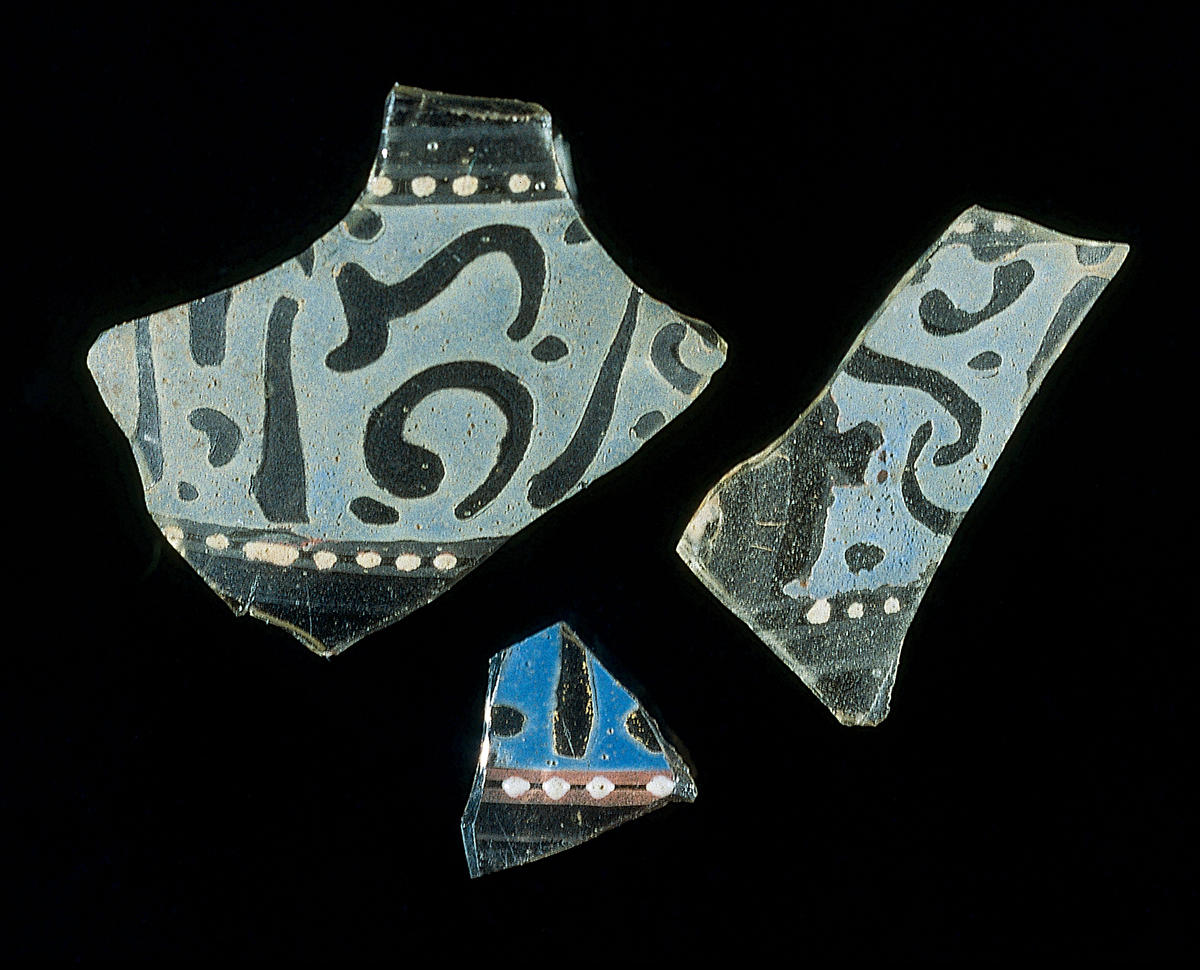 These small fragments of glass probably came from a drinking beaker. They were found during excavations carried out at Caerlaverock Castle in the late 1990s.

The Arabic inscription includes part of the word ‘eternal’. This suggests that it could be an extract from the Qur’an. The glass dates to the 12th or 13th century, and may have been made in modern-day Syria, or Iraq or Egypt. All were centres of Islamic glass making during this period.

Though tiny, the fragments throw light on Scotland’s contact with the wider world during the medieval period. The glass may have come to Caerlaverock as a result of trade. Or it may have been brought back as the property of returning crusaders. They are the first and only glass of this type and origin to be found at an archaeological site in Scotland.