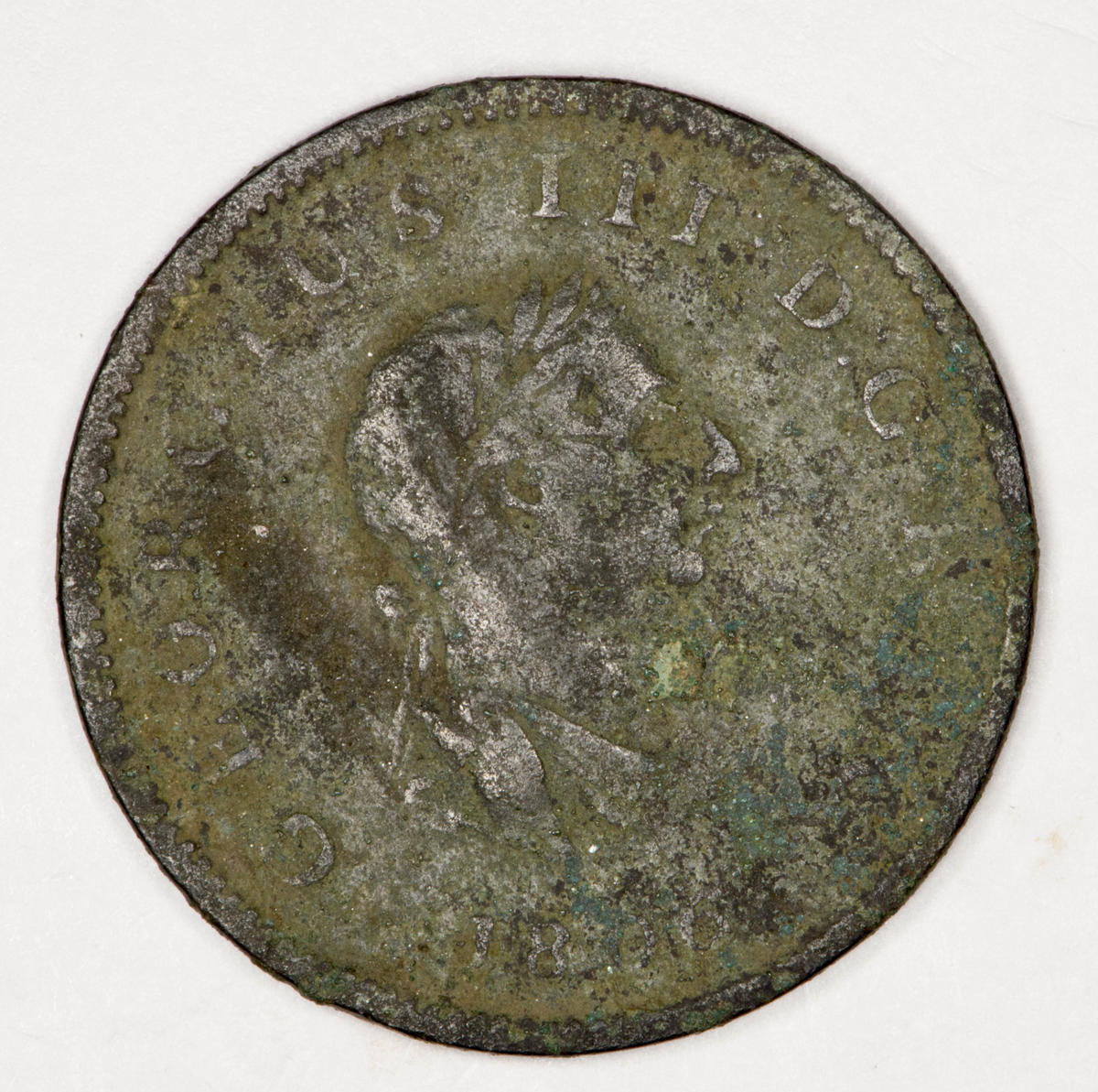 Found at Elcho Castle, this copper coin offers an example of the so called Soho Mint coinage, issued by Matthew Boulton's mint in Birmingham.