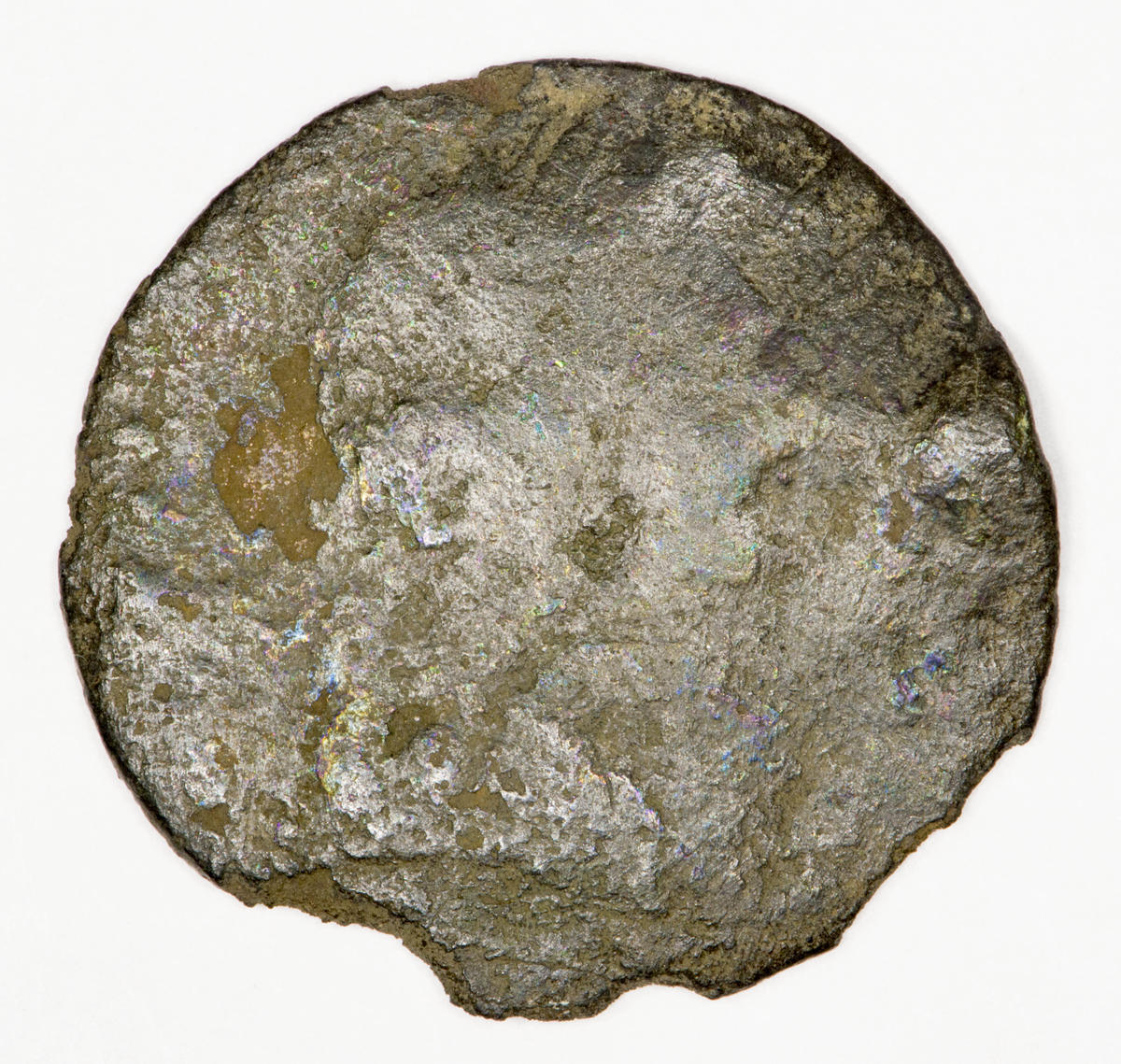 Found at Dunfermline Abbey, this coin was issued during the reign of King George III. Unfortunately, the worn surface at design makes it difficult to establish whether it belongs to the Tower Mint coinage or to the Soho Mint coinage. The former boasts the king wearing armour on the obverse and Britannia with a spear and olive branch on the reverse. The inscription on obverse reads ' GEORGIVS. III.. REX' , which translates as: 'King George III'. The reverse quotes ' BRITAN NIA', that is 'Britain', with the date below.

The Soho Mint coinage bears the robed and laureate bust of the King on the obverse, while the reverse design transforms Britannia into a symbol of Britain's ever increasing maritime power, holding an olive branch and a trident, with a shield resting beside and a small ship in the left background. On the obverse, the Latin inscription reads: GEORGIUS III DEI GRATIA REX. This translates as: 'George III by the grace of God King'. The reverse quotes 'BRITANNIA', that is 'Britain', with the date below.

During King George III's reign, halfpennies were minted infrequently. The shortage of small change was giving the country big problems. Allegedly by 1780, only 8% of copper coins in circulation were genuine regal coins. To combat counterfeiting the Royal Mint outsourced the minting of halfpennies to Matthew Boulton's Soho Mint in Birmingham in 1797.