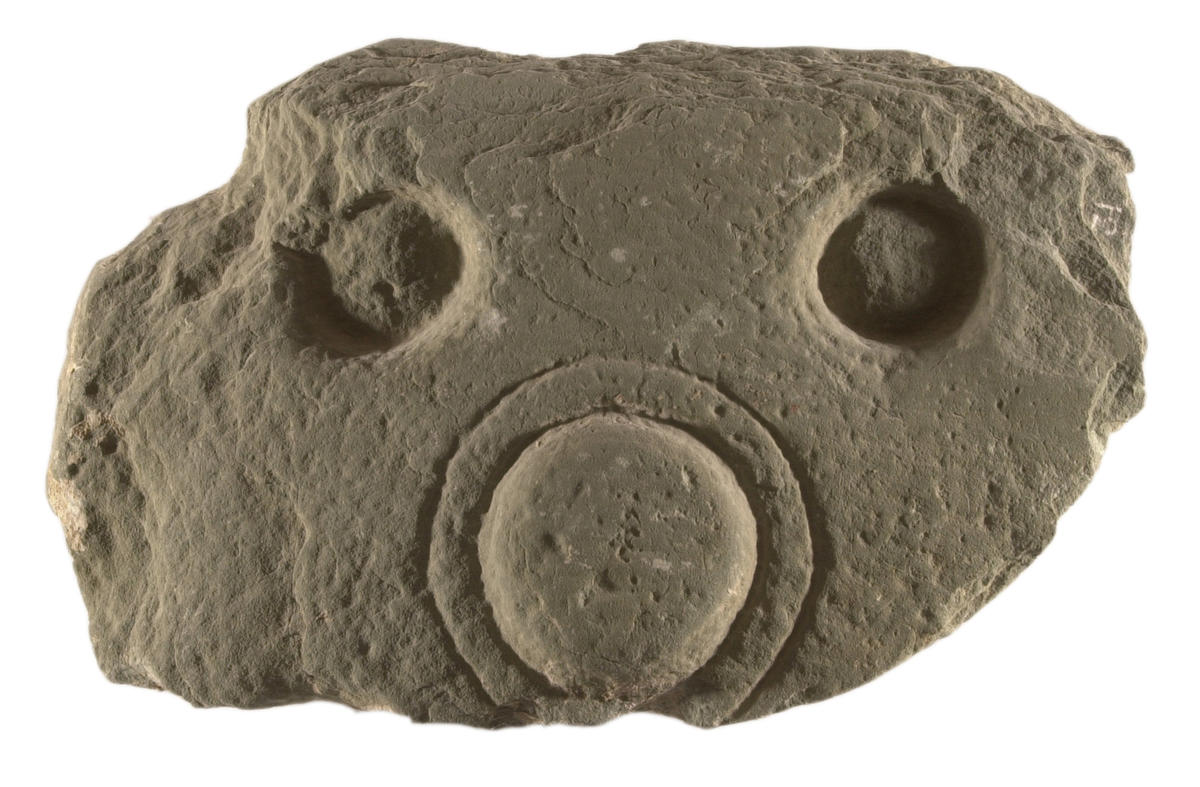 Part of a plain cross head, carved in the typical Whithorn style with a central boss and circular sinkings between the expanded arms. It was found at the Priory, and has been cut down into a neat rectangular building block. ‘Whithorn School’ monuments like this one were probably carved during a fairly short period between 900AD and 1100AD. On display in the Whithorn Priory Museum, Whithorn, Dumfries and Galloway.