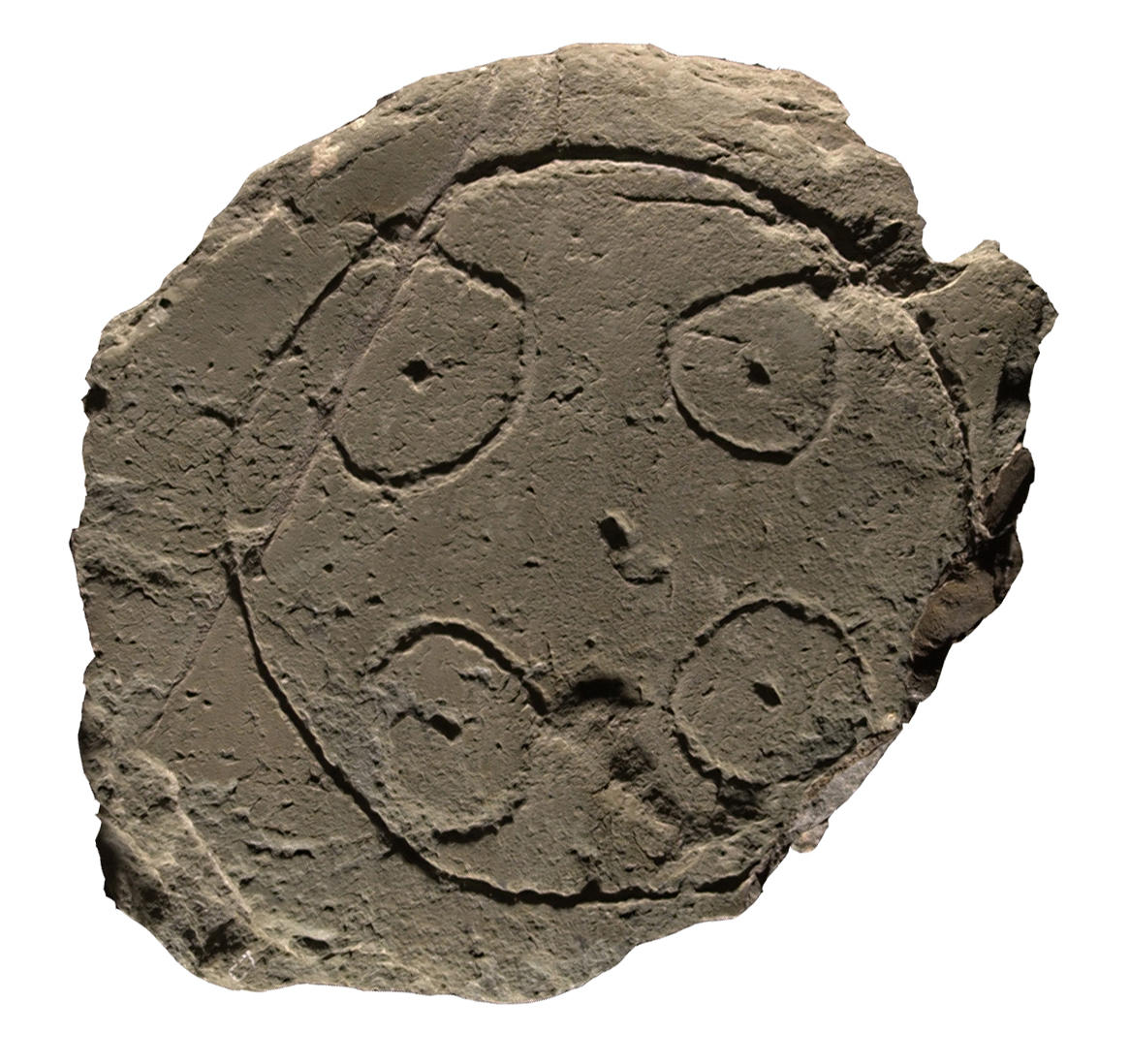 Stone slab carved with an encircled cross, found built into a wall at St Ninian’s Cave, Isle of Whithorn. The cross has a central dot and expanded arms marked by four small circles. Smaller dots mark the centre of each circle. This design appears repeatedly on St Ninian’s Cave sculpture, and bears similarities both to the encircled cross-of-arcs on 2 and to the heads of the ‘Whithorn School’ crosses. On display in Whithorn Priory Museum, Dumfries and Galloway.

The stones from St Ninian’s Cave had all been moved from their original positions before discovery. The cave was probably an early medieval chapel.