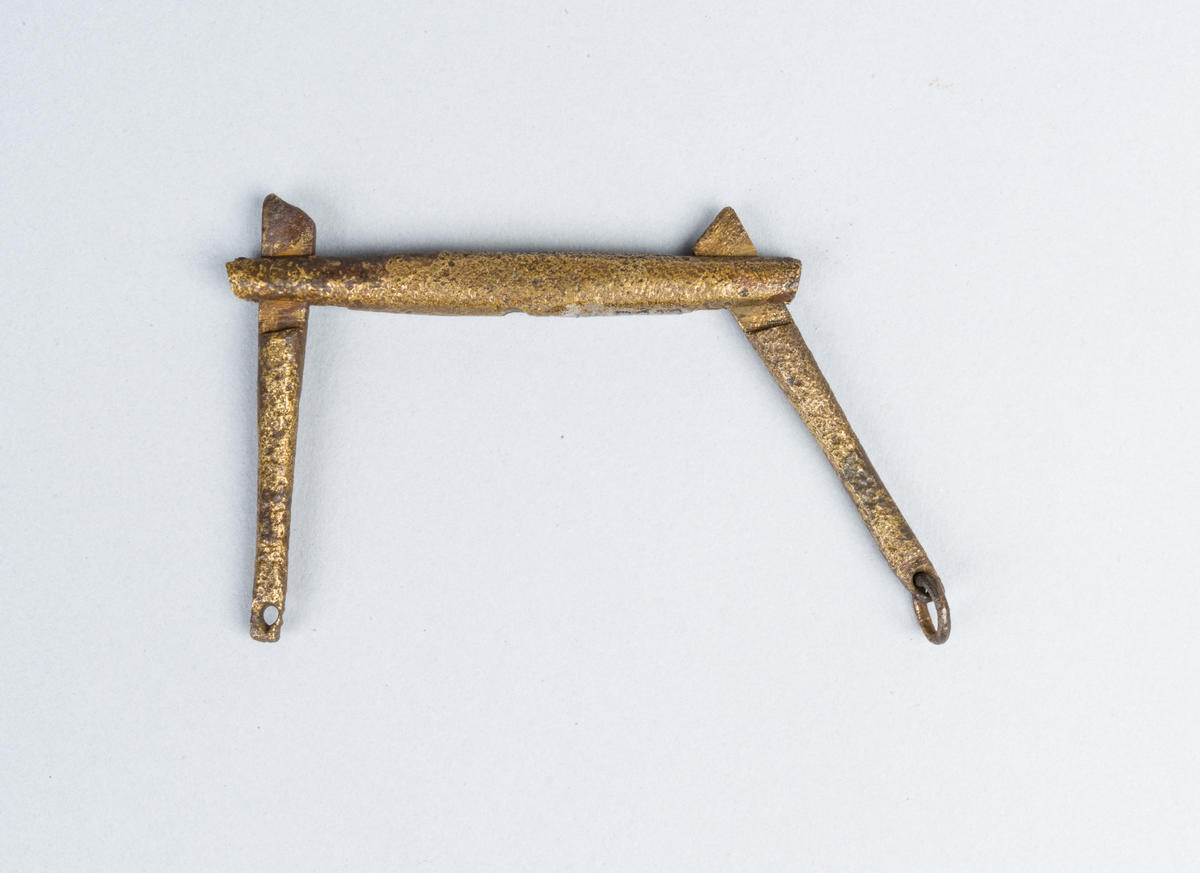 Excavated from the site of Linlithgow Palace in the late 1980s this is believed to be part of an apothecary's portable balance.

Once a majestic royal residence of the Stewarts, Linlithgow Palace today lies roofless and ruined. Yet entering the palace gates still inspires awe in visitors.

James I ordered work on a palace to begin in 1424, following a fire that severely damaged the earlier residence. The elegant, new ‘pleasure palace’ became a welcome rest stop for royals on the busy road between Edinburgh Castle and Stirling Castle.

The Stewart queens especially liked the peace and fresh air, and Linlithgow Palace served as the royal nursery for:

But the palace fell quickly into decline when James VI moved the royal court to London in 1603, following his coronation as James I of England.

The palace’s north quarter, which probably housed the queen’s apartment where Mary was born, fell to the ground in 1607. It was rebuilt around 1620, on the orders of James VI. The end came in 1746, when a great fire swept through the palace.

Linlithgow Palace stands on a low hill above a small inland loch. The name Linlithgow means ‘the loch in the damp hollow’.

The site was first occupied as far back as Roman times 2,000 years ago. There has been a royal residence here since at least the reign of David I (1124–53). He also founded the town that grew up around the royal residence.

Peace in Linlithgow was shattered in 1296, when Edward I of England invaded Scotland. The ‘Hammer of the Scots’ had a formidable defence built around the royal residence in 1302. He called it his ‘pele’ (from the Old French ‘pel’, meaning ‘stake’).

No visible features of the original Linlithgow Peel survive. The name is now used for the attractive parkland that surrounds the remains of the later Stewart palace.

James I had begun work on the new palace shortly after his return from captivity in England. Over the course of the next century and more, his heirs completed the great task.

Palace highlights include the:

The end result was a hugely impressive quadrangular palace, its four ranges grouped around a central courtyard.

Find out more about Linlithgow Palace