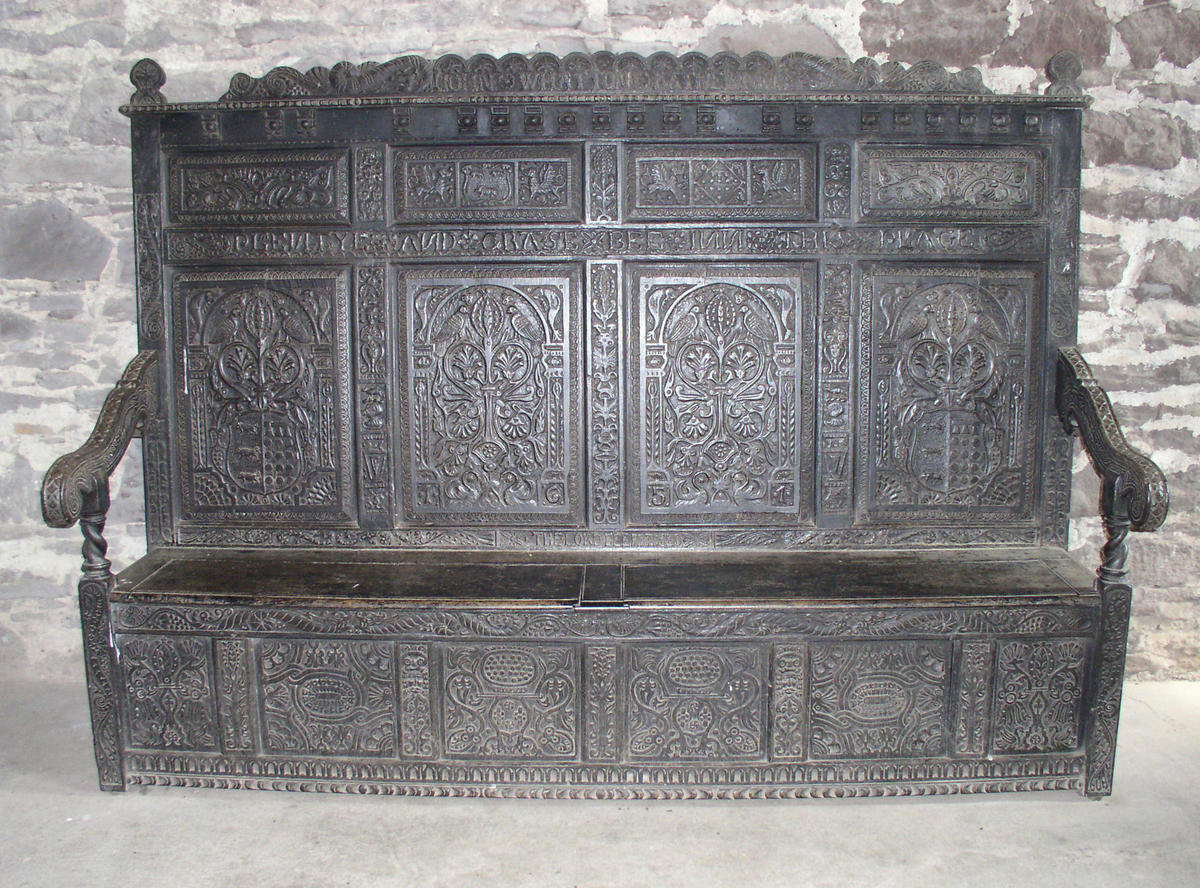 High backed oak bench with two lift-up seats made in the late 1600s. Decorated with rich low-relief carvings with the inscription ̔JOHN * WHATTON * KATHERINE' On display in the Great Hall at Doune Castle, Stirlingshire. The piece briefly appears in the film Monty Python and the Holy Grail (1974). On loan from a private lender.